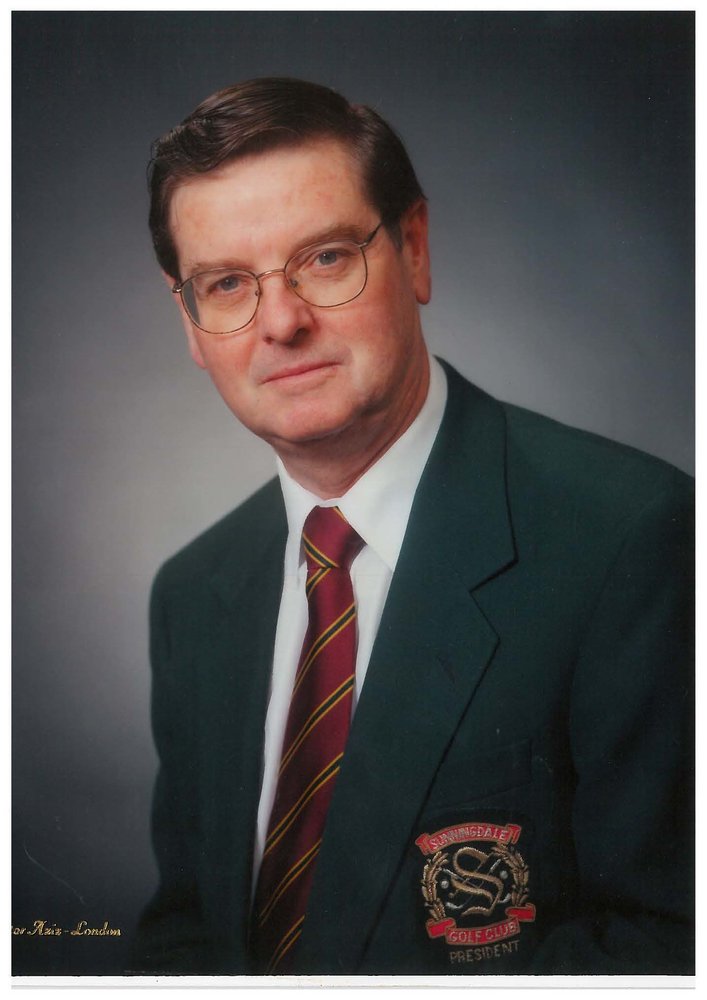 Ron died on Friday, April 19th, 2019 at University Hospital in his 80th year. Ron was born in Woodstock but grew up in London, attending South Secondary School and UWO.  Ron was the beloved husband of Susan (Secord) for 51 years, proud and loving father of sons Jason (Holly Hrytzay) and Alan (Christine Leu) and adoring Poppy for his cherished granddaughters Ellie and Agnes who brought him such joy.  Ron is survived by his brothers David (Bonnie), Randy (Sherry), predeceased by brother Paul (Linda); survived by brothers-in-law Stephen (Wendy) Secord, Michael (Pat) Secord, sister-in-law Marilyn (Ken deceased) Douglas and many nieces and nephews. Ron’s entrepreneurial interests led him from General Motors Head Office in Oshawa to owning a car dealership in Cobourg, then starting up a manufacturing company Spartan Plastics back in London, followed by executive positions with CVD Diamond, London Venture Group and London Tech Alliance. In retirement, Ron spent time on his favourite hobby – golfing. Ron was an avid golfer who enjoyed playing golf for many years at Sunningdale Golf Club and was an active member as Past President and Senior Masters’ convenor.  Ron was also an excellent bowler with many trophies to his credit.  As well, Ron was a talented musician who began playing alto sax at age 10 with the London Police Boys Band.  In 2008, Ron organized a reunion for the band bringing musicians from across the country.  With his interest in music, Ron co-founded the Encore Concert Band 25 years ago with talented conductor Phil Murphy and then went on to play in the Mocha Shrine Band.

Along with his many achievements and talents, Ron will be remembered for his great sense of humour, cheerful personality and strong work ethic but most of all for his love of family.  Cremation has taken place.  There will be a Celebration of Life for Ron on Saturday, May 11th from 2 to 4 pm at Sunningdale Golf Club on Sunningdale Road. Private interment will be at a later date.  Those wishing to make a donation in Ron’s memory are asked to consider the Parkinson’s Society or a charity of your choice.

Share Your Memory of
Ronald
Upload Your Memory View All Memories
Be the first to upload a memory!
Share A Memory