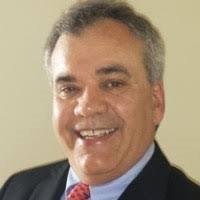 Richard will be remembered as a man who was passionate in whatever he laid his mind to.  He had several career successes starting with Management at Zellers of Canada, Territory Manager for Mac’s Milk and then joining his father at Sun Life. He earned his CFP designation, continuing his success with the opening of his own financial planning firm RJK Financial.

Richard loved golf, travel and in recent years had taken an interest in working with philanthropic organizations.  Even amidst personal struggles, Richard continued the effort to excel.  He was loved and will be missed – May he rest in peace.

There will be no funeral service, a celebration of life will take place at a later date, cremation has taken place.  MOUNT PLEASANT CEMETERY (LONDON) INC.

Share Your Memory of
Richard
Upload Your Memory View All Memories
Be the first to upload a memory!
Share A Memory