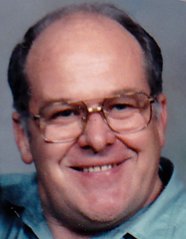 Passed away peacefully at home on August 27, 2019 in his 77th year. Paul is survived by his daughter Sherry Graham; sons Robert Graham and Charles Graham; sisters Grace Robson, Mae Rath, and Elizabeth Salm; brothers James Graham and Mark Graham; grandchildren Matthew and (wife) Victoria, Gabrielle, Benjamin, Daniella, and Amanda, as well as many loving nieces, nephews and extended family and friends.  Paul was a loving husband, father, caregiver, grandfather, and friend to everyone. He will be dearly missed by all.  He is preceded in death by his wife Marylin Carol Graham, father Charles C B Graham, and mother Thelma G. Graham.At a young age Paul enjoyed adventures outdoors. Like his brothers, he had a love of playing competitive team sports. He excelled at hardball, football and hockey.  He was an avid outdoorsman, skilled trapper, home builder, and renovator. He coached hockey and baseball. Paul's enthusiasm in what he enjoyed doing was only exceeded by his zeal later in life to share his faith in Jesus Christ.  He loved people and to help them however he could; be it with encouraging words of wisdom, helping them practically or to hold them up in prayer.As a young man Paul worked in tobacco harvesting, did test drilling for oil wells out west, apprenticed as a plumber and electrician before accomplishing his goal of joining the Ontario Provincial Police. He retired after a fulfilling career as an OPP Constable to pursue other meaningful interests.  Cremation has taken place. Visitation will be held on Saturday, September 14, 2019 at Royal View Pentecostal Church, 218 Clark Road, London, Ontario at 1:00 p.m.  A celebration of Paul's life will begin at 1:30 p.m. Rev. Garry Fess will officiate.Paul will be interred with his wife Marylin Carol Graham in the Dorchester Union Cemetery in a private ceremony. If desired, donations may be sent to World Vision Canada, 1 World Drive, Mississauga, Ontario L5T 2Y4 in Paul's memory.  Condolences may be expressed online at www.mpcemetery.ca

Share Your Memory of
C. Paul
Upload Your Memory View All Memories
Be the first to upload a memory!
Share A Memory