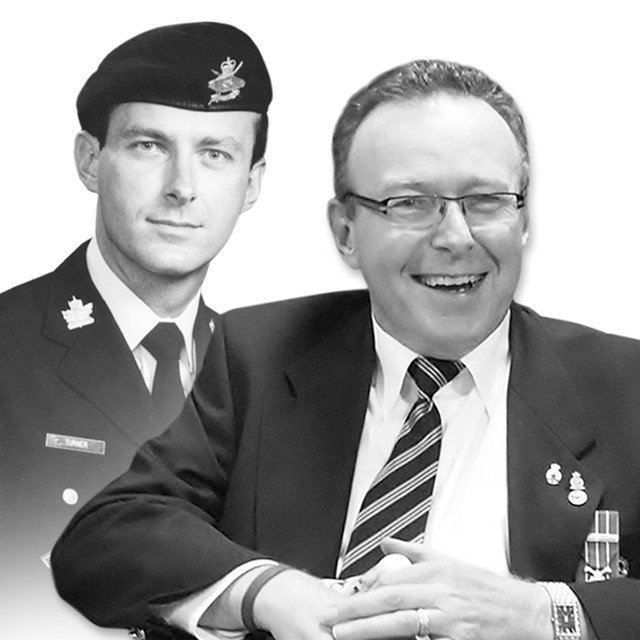 Richard Gerald Turner, born July 5, 1947, formerly of Windsor Ontario. Passed away peacefully surrounded by family at Dearness Home London, after a lengthy illness with ALS. Adored husband of Karen Turner. Loving and adored father and “Daddy” of Erin Turner (David) and Lauren Turner. Brother of Mark Turner of Sherwood Park Alberta, Ken Turner (Shirley), and June Coakley (Robert 2018). Stepdad to Tina Wilson, Jill Vording (Jim), and Vicki Vandenbrink (Paul). Cherished step-grandfather to Heath, Reed, Grace, Claire, Noah, and Olivia. Son to the late Gordon and Betty Turner. Richard will be greatly missed by all of his family and friends including his fur baby, Bailey. Richard spent many days as a child and young boy on Walpole Island with his family. As a young man he graduated from the University of Windsor and spent a year teaching in England. Richard was a proud former commanding officer and the former Lieutenant Colonel of the Windsor Regiment. He also retired after 32 years as an elementary school teacher for the Greater Windsor-Essex District School Board. Richard was an avid gunman and could be found at the gun range every week while he was in good health. He also was an instructor of the Canadian Firearms Safety Course. Cremation has taken place. Memorial and celebration of life will be held at Dearness Home, Saturday September 14th from 12:30pm until 2:30pm. In lieu of flowers donations would be appreciated to the London ALS Walk or the Dearness Auxiliary at Dearness Home.

Share Your Memory of
Richard
Upload Your Memory View All Memories
Be the first to upload a memory!
Share A Memory