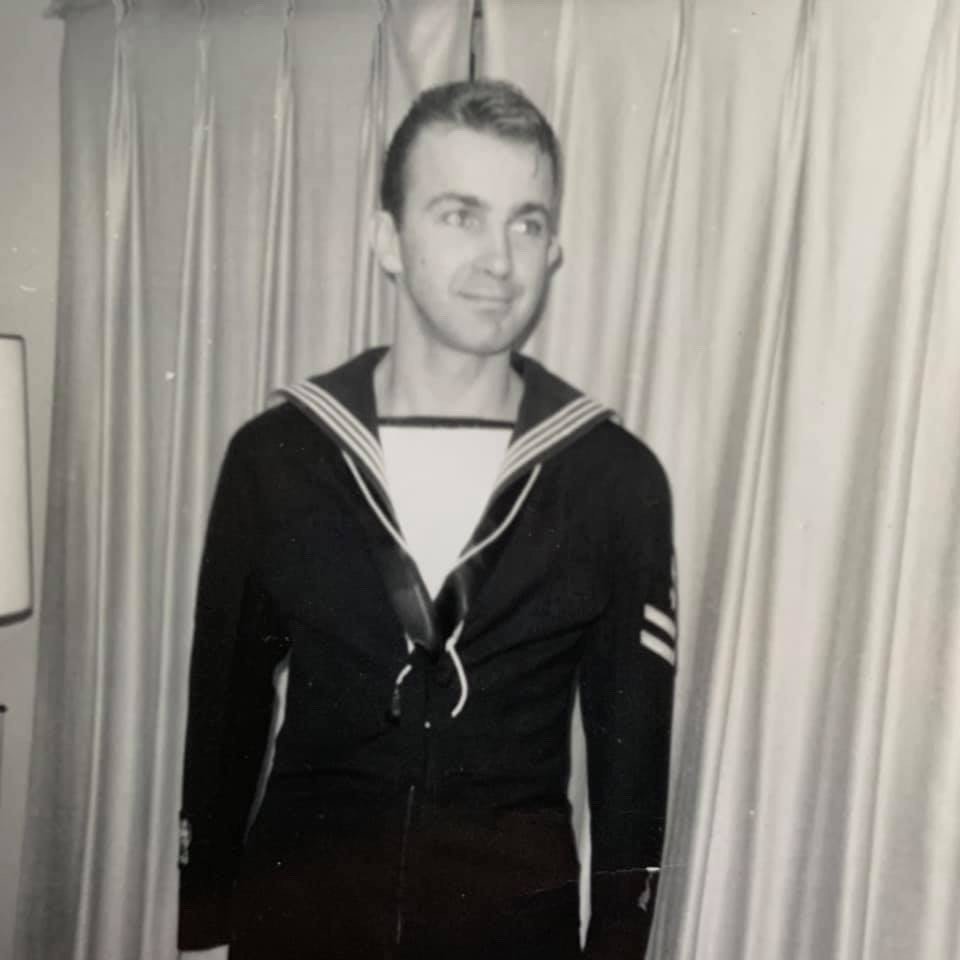 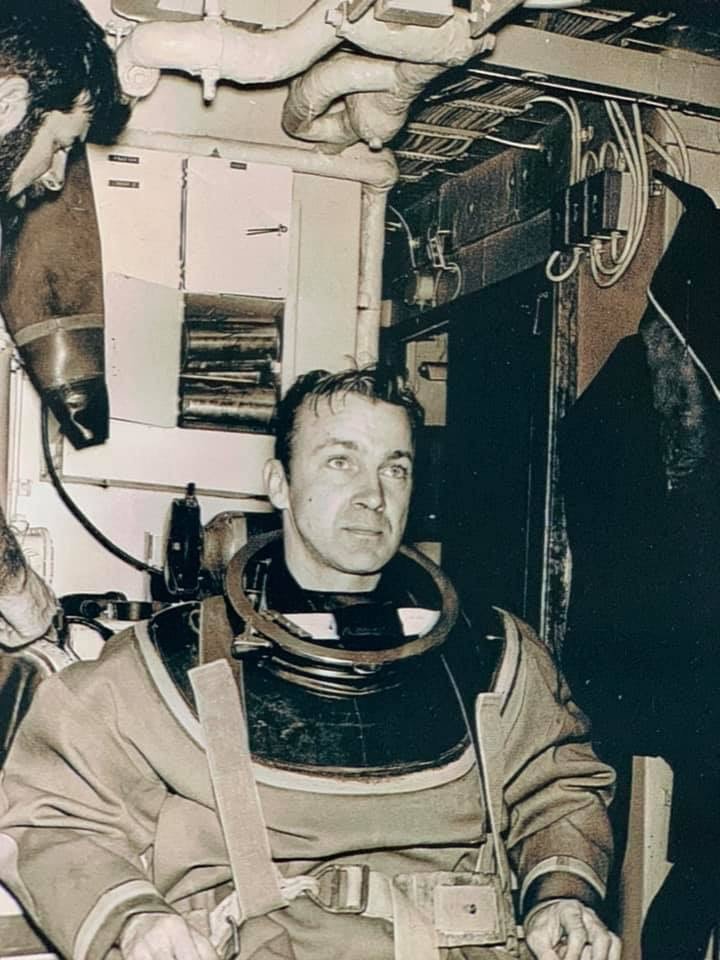 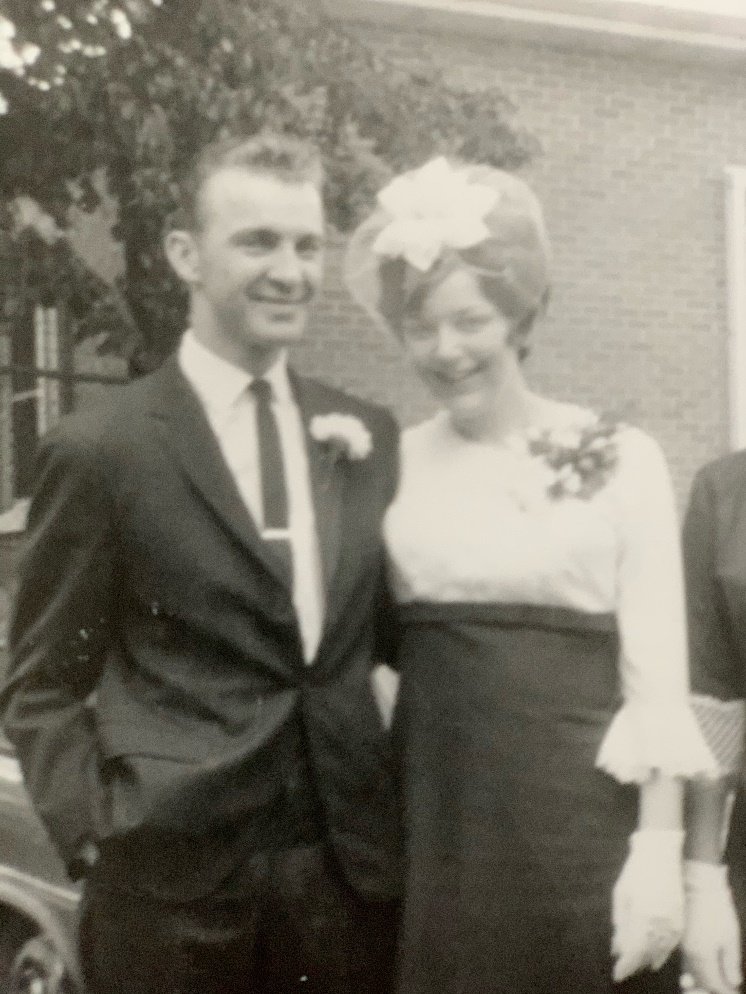 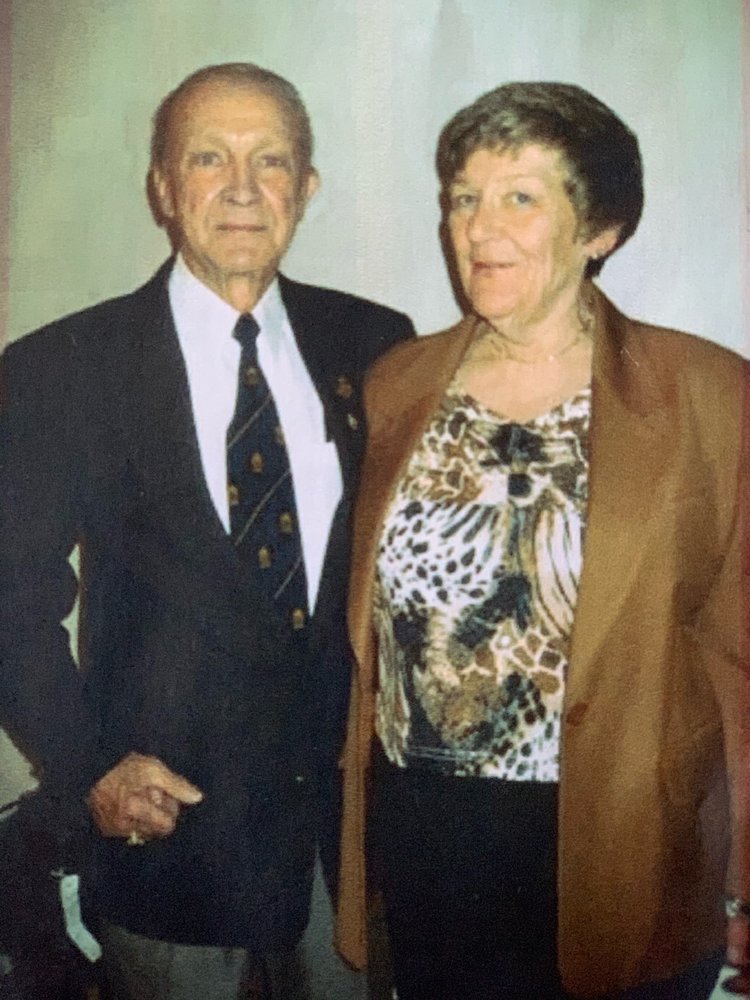 Print
Loading...
T
Terry Havlik posted a condolence
Navy Divers communicate with their top side team mates by a series of pulls and jerks on their air hose or life line .. sort of like an underwater Morse Code . A pull is a pull and a jerk is called a bell ! When a Diver has completed his job on the ocean floor, he signals the top side crew by sending five bells on his air hose / life line to indicate he has completed his job , and is ready to come up . The topside crew prepare to bring their teammate safely to the surface . Then they signal him Four pulls which means for him to commence his ascent , from the darkness of the ocean floor , upwards towards the light at the surface . I would like to think, when the time came , with family all around , Don held Marion’s hand , and signaled Five Bells to his creator , the Grand Architect of the Universe to tell him his work was completed down here and was ready come up . In my heart I know that the lord signalled back Four Pulls for Don to start his ascent upwards towards the light ? Strength in Depth ! Don was a great team mate , with a wry sense of humour that made even the toughest operational tasking just a little easier . I remember many of his yarns about his time in the the British Royal Navy A class submarines while stationed in the Far East . Sending our thoughts, prayers and condolences to Marion and the extended family . Angie and Terry Havlik
Please wait
Share Comment
F
Fran lit a candle 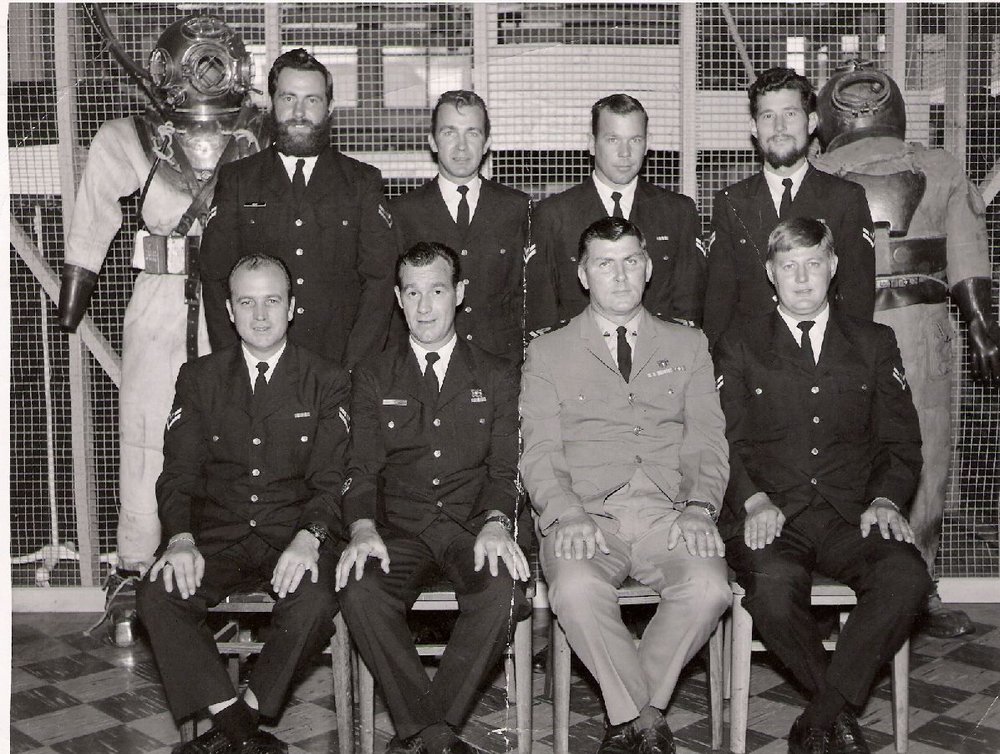 Had the privilege and the pleasure of serving with Don (back row, second from left) on course and on diving projects throughout out my career. Aways the pleasant and professional. God Speed Don Jones. Thank you for your service. Thumbs Up my friend.
Please wait
Share Comment
J
Jane Fraser - Deveau and Paul Deveau posted a condolence
So sorry to hear Marion we wish we were there to see you.We think of the dinner parties at our cottage with you and Don, He was a good man, and this was obvious from the first time we met him.Thinking of you and the family.
Please wait
Share Comment
S
Sam Semple posted a condolence
Don was my classmate in 1967 on the clearance diver's course in Victoria ,BC. Don was a great little diver and enjoyed the trade very much and always had that great dry sense of humour. We went hunting and fishing on many occasions and had a barrel of fun. I will miss him for the rest of my days and my wife Betty will always remember him as a real gentleman when he and Marion came to visit. Sam and Betty Semple
Please wait
Share Comment
S
Sandy Gardiner posted a condolence
My condolences to you and your family Penny. My thoughts are with you at this time. Sandy
Please wait
Share Comment
P
Pamela Connors posted a condolence
I am so sorry for your loss, I remember Don as such a nice, kind and smiling father of my best friend. I know how difficult it is to lose your father and friend just know he will forever be in your heart and thoughts, he is in a place without any pain or confusion and will be forever remembered that way. Thinking of you all - take care xoxo - Pam, Doug and family. (Connors)
Please wait
Share Comment
D
Dwayne Robicheau posted a condolence
I will never forget his Diving Stories growing up. I remember a lot of good times. An Admirable man with a Remarkable Career. A class Professional . Always remembered. G4b3Q
Please wait
Share Comment
p
The family of Donald Edward Jones uploaded a photo

Share Your Memory of
Donald
Upload Your Memory View All Memories
Be the first to upload a memory!
Share A Memory