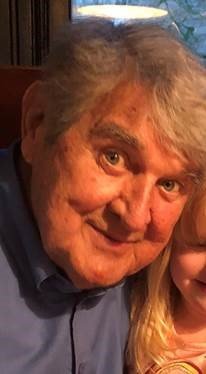 Sadly, Werner “Vern” Helmut Moser born January 21, 1939, in Graz, Austria, passed away peacefully on September 1, 2020 in London Ontario at St. Joseph’s Hospice. Vern was predeceased by his mother, Maria (nee Scherber) and father, Joseph Moser, and two of his brothers, Alfred (Maria) Moser and Frank (Hedy) Moser. He leaves behind his sister Isolde (Eberhardt) and brother Viktor (Brigitte) Moser and his sister-in-law Maria Moser; his children, Christian Moser, Fred (Melanie) Moser and Jennifer (Steve) Moser; his nine grandchildren and two great-grandchildren; and many nieces and nephews. Vern was an adventurous spirit who loved to travel, spend time with friends and family and drive fast cars. His enthusiasm for life was infectious and he easily charmed those he met. He came to Canada from Austria as a young man and fell in love with his adopted country, proudly calling himself Canadian. He lived in Hamilton, Toronto, Whitby, St. Catharines, Montreal and London. His family was very important to him and he would travel great lengths to visit them. Vern had a few careers, but he most enjoyed selling transport trucks for Freightliner during the 1980s. He was often salesman of the month and year, repeatedly beating his own sales records. During his retirement, his second home for many years was in Fort Meyers, Florida where he made many dear friends. His children and grandchildren were the light of his life. His advice for all in words and by example was: live the life you want to live and get the most out of everyday. He will be greatly missed. Cremation has occurred. A memorial luncheon will be held at a later date. In lieu of flowers, donations would be appreciated to St. Joseph’s Hospice, 485 Windermere Rd., London, Ontario N5X 2T1, sjhospicelondon.com. Vern very much appreciated the care he received there in the final days of his life.

Share Your Memory of
Werner
Upload Your Memory View All Memories
Be the first to upload a memory!
Share A Memory