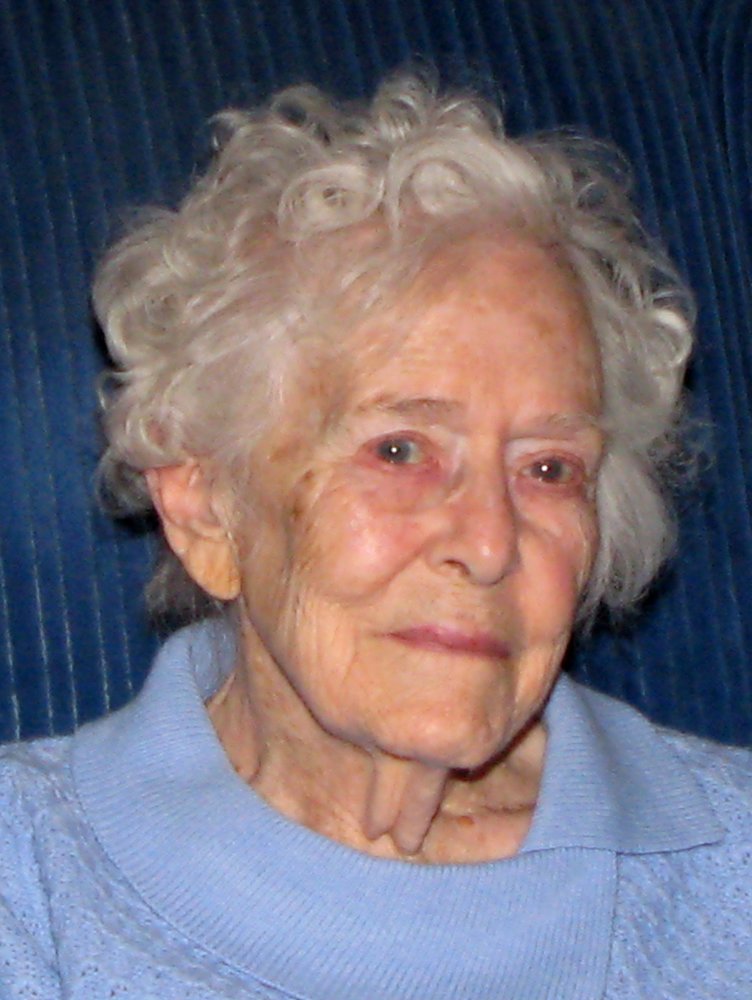 Jessie Mihlik, 1920-2020 Jessie Isobel Mihlik (Mould) passed away peacefully at the age of 100 on Tuesday, September 15, 2020 at Elgin Manor, St. Thomas. Wife of the late Thomas Mihlik (1988). Mother to David (Jane) and Shirley Thompson (Lance). Grandmother to Matthew Mihlik, Nicholas Mihlik, Ben Thompson, Stephanie Thompson and Jennifer Thompson. Great-Grandmother to Josh Smith, Neil Mihlik and Mason Mihlik. Great-Great-Grandmother to Elaina. Jessie was the last of her generation. She was predeceased by her parents Arthur and Alice (Pollitt) Mould (1961) and her siblings Alice Dorcey (1985), Alfred Mould (1946), Walter Mould (1963), Irene Quirie (1994), Edith Fenn (1994), Helen Rawson (2005), Mildred Bean (1993), John Mould (1971) and Robert Mould (1985). Jessie grew up in the Boullee Street area of London Township, now part of London. She worked as a seamstress at Kingsmills during the 1940s and was married to Tom from 1951 until his death in 1988. Mom was a firm believer in organic gardening, eating healthy food and taking vitamins, especially Vitamin E. She enjoyed sewing, baking and visiting with her family. We will miss her. A graveside service was held at Mount Pleasant Cemetery, London on Thursday, September 17, 2020.