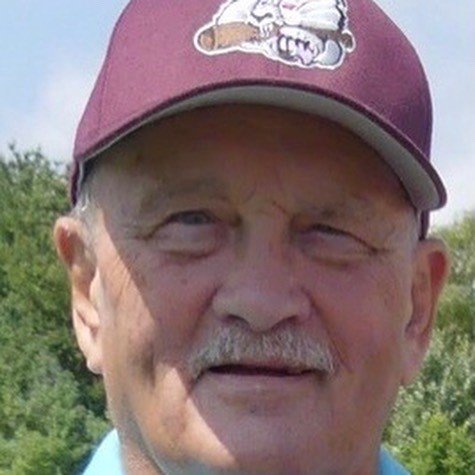 Surrounded by loved ones, Harvey Marshall Bergeron passed peacefully on Thursday, January 14, 2021, at the age of 76. Harvey is survived by his beloved wife Bonnie Bergeron, his sons Wade (Ngoc) and Greg Bergeron, stepdaughter Sarah (Morgan) Wallace, grandchildren Kolton, Kaia, Jarrat, Lily, his brother Randy Bergeron, many nieces, nephews and their families. Harvey was predeceased by his parents Germain and Elcy Bergeron, brother Gerry Bergeron and sister Shirley (Tony) McCoskey. He was also predeceased by his first wife, Patricia (Napasney) Bergeron, who we feel sent us a guardian angel in Bonnie. Harvey worked at Northern Telecom for 29 years before early retirement. He could then be seen at Lambeth arena driving the Zamboni or at Bob Martin’s golf range cutting the grass, moving the ropes or bossing people around. Sports were always a big part of Harvey’s life. A flopping goalie before it was cool, sliding into 2nd in baseball shorts, and always shooting 83, despite possibly never actually shooting 83 are some of the highlights of this competitive man’s career. Harvey will also be remembered by most as a fiery coach who taught with tough love, said what he thought and didn’t play favourites. He had a team first mentality that he was instilling in the young men he coached. He viewed talent secondary to hustle, grit, desire and determination. His coaching voice was still heard well after he hung up the whistle. We’ll continue to hear his voice at the ball field, reminding the boys to run fast and try hard. As a truly competitive, stubborn fighter, Harvey waged battle with cancer for 15 years, including four tough rounds of treatments. With Bonnie by his side for every step, Harvey still made it out to cheer on his grandchildren at all their events. Even if it was just to coach the coaches. Some habits were hard to break! Rest well, champ. A special thank you goes to the wonderful doctors, nurses, PSWs and staff at St. Joseph’s Hospice Centre in London. Their loving attention and care through Harvey’s last days was a true blessing for both Harvey and our family. A private family service will be held at Mount Pleasant Cemetery in London on Thursday, January 21, 2021. Due to Cov-19 restrictions only 10 people can attend the service. A celebration of life will be held at a future date. In lieu of flowers, donations can be made to St. Joseph’s Hospice Centre. Online condolences can be made at www.mpcemetery.ca Mount Pleasant Cemetery (London) Inc.

Share Your Memory of
Harvey
Upload Your Memory View All Memories
Be the first to upload a memory!
Share A Memory