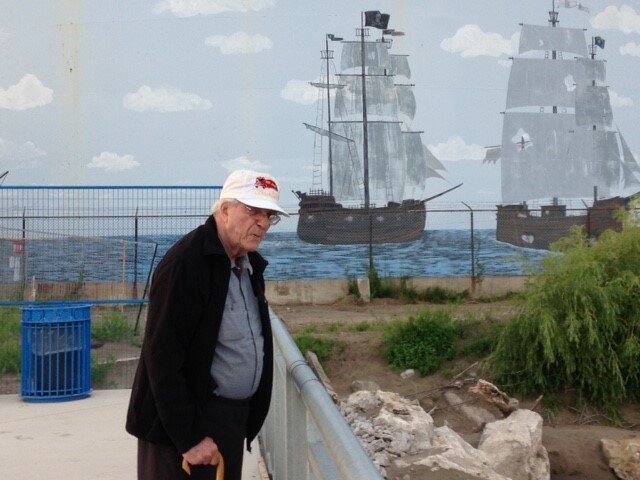 It is with great sadness that we announce the passing of Paul Zelinski on Monday, September 6, 2021, at the age of 94. Paul passed away peacefully at Extendicare London with his wife Helen by his side. Paul was born in Saskatoon, Saskatchewan to father Ivan (John) Dzulyner Jelenits Zelinski and to mother Hanka (Annie) Danchak. Both immigrated from Western Ukraine and had nine children. Paul didn’t have the opportunity for much formal education. He helped on his family’s small farm and from a young age worked any odd jobs available. Paul left the family farm as a teenager and rode the rails to Ontario. In the early years Paul worked a variety of jobs including a logging camp and an abattoir. Paul never shied away from hard work. Paul worked for 30+ years at his beloved University of Western Ontario in several buildings. Paul made friends with many Professors during his time at the UWO. After retirement he enjoyed outings on the campus and visiting the buildings where he had worked. Paul was preceded in death by his parents, his son Max and by his brothers Max and Roy and his sisters Olga and Elsie. Paul has one surviving sister, Frances and three brothers Andrew, James and Peter. Paul is survived by his wife Helen; children Debbie (Linton), Ronnie, Wendy (Casey) and Darren. There are many grandchildren, great grandchildren, nieces, nephews, great nieces and great nephews. Cremation has taken place and a private service will be held at Mount Pleasant Cemetery, London, Ontario. Online condolences may be made to www.mpcemetery.ca Mount Pleasant Cemetery (London) Inc., London, Ontario.

Share Your Memory of
Paul
Upload Your Memory View All Memories
Be the first to upload a memory!
Share A Memory