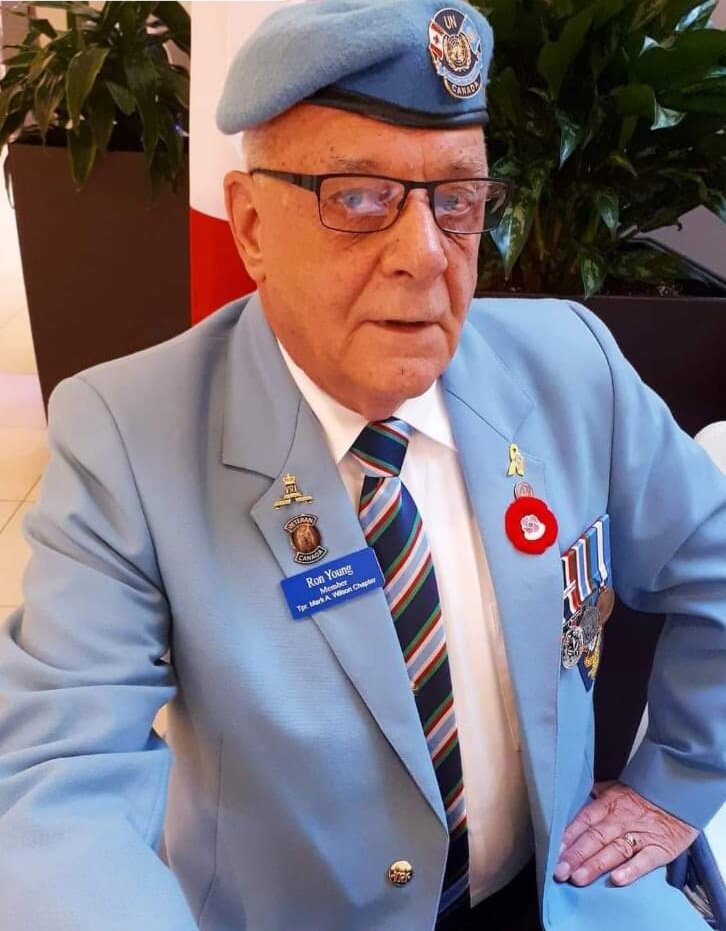 "I Lived & then I died & I laughed a whole bunch in between." Peacefully at Victoria Hospital, Ronald Young passed away in his 78th year on Thursday, February 10, 2022. Ron said “Enough is enough” with family surrounding him, he gave his last I love you & goodbye. Throughout the years he went by many names, “Boyd” to his family & friends in Gaspe, Quebec. “R.B” to his military friends. Ron is survived by his wife Donna (Lawson) of 44 years. “Best Daddy in the world” to his daughter Tammy. “Pops” to his son Ron Jr, “Football Buddy Extraordinaire” & father-in-law to Jeff Bere. “Absolute Best & Most Loved Papa” to granddaughter Kylie & grandson RJ. Ron served in the Canadian Armed Forces 1961-1968 with the RCR regiment & he served in Germany 1962-1965, in Cyprus as a peacekeeper 1966-1967. A Celebration of Life will be announced at a later date. Ron was most proud of his family, his service & his country. A heart felt thank you to Dr. Tara Walker, Jeremy & the nurses in palliative care at Victoria Hospital for the care & dignity they provided right to the end. In lieu of flowers, please feel free to make a donation to the Remembrance Gardens, www.RememberNovember11.com address 2315 River Rd. London, Ontario N5W 6C4. Mount Pleasant Cemetery (London) INC.

Share Your Memory of
Ronald
Upload Your Memory View All Memories
Be the first to upload a memory!
Share A Memory