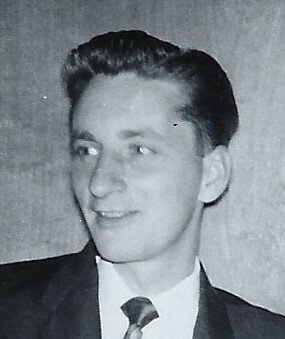 We are heartbroken to share the news of the passing of John Stewart. John was very loved by his wife Shirley of nearly 72 years who predeceased him in 2020. He will be lovingly remembered by his two daughters, Joyce Montgomery and Wendy Stewart; his granddaughters, Brenda and Lisa Montgomery and his great granddaughter, Angela Wharton. John is predeceased by his granddaughter Pamela Wharton. John was born in 1928 and was a Foreman at General Motors Diesel. He was very athletic and was an avid golfer with his wife Shirley. He was a talented water skier. He and his friends put on water ski shows on the Thames River in the late 1950's and competed in many tournaments. John won countless trophies. He is irreplaceable and will be very missed. A special thank you to the Dearness Home and their staff. John had excellent care in the year that he lived there. He was treated with dignity and respect at the Dearness. Also a special thank you to Masonville Manor for the years that John and Shirley lived there. On-line condolences may be shared with the family by visiting John's Tribute Wall at www.mpcemetery.ca Mount Pleasant Cemetery (London) Inc.