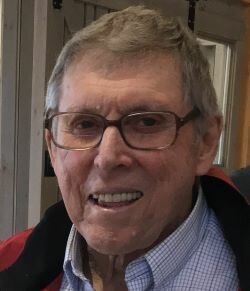 James Harley Rath age 91, of London, Ontario, peacefully passed away on December 1, 2022, at London Health Sciences Hospital. Harley was born May 30, 1931 to Alberta and Elmer Rath at Ingersoll General Hospital. He attended on scholarship to Guelph University taking agricultural studies. Harley, while teaching, received his Master’s Degree and later became a principal in the London Elementary School System. Harley was married to Margaret (Thomson) on August 16, 1958 and they had three children, Craig, Jennifer and Warren. Harley enjoyed playing golf. He shared his love for fishing with his family. During the winter months he enjoyed his retirement with Margaret in Destin Florida. Harley’s passion in life was farming. Harley will be lovingly remembered by his wife Margaret, his sister Laurel Martin and his children Craig, (Marilyn), Warren and son-in-law Gary Umphrey. Also survived by his grandchildren Katie, (Trevor), Jonathan, (Natasha) and William and three great grandchildren. He was preceded by his loving daughter Jennifer Umphrey and parents Alberta and Elmer Rath. A memorial service will be held at Mount Pleasant Cemetery Chapel, 303 Riverside Drive, London, Ontario on Friday, December 9, 2022 at 2 p.m. Officiated by Rev. David Carrothers. Memorial donations to the Cancer or Alzheimer’s Society would be appreciated. Online condolences may be shared with the family.

Share Your Memory of
Harley
Upload Your Memory View All Memories
Be the first to upload a memory!
Share A Memory